To register for this course, please select the amount of attendees registering and select the date of the course (October 20, 2019) in the calendar below. If more than one attendee is registering at one time, please include the other registrants name in the “Additional information” field at checkout

What is the difference between doing dentistry cosmetically and doing cosmetic motivated dentistry? For those that want to do more veneers, bonding, smile transformations, comprehensive full arch or full anterior treatment, orthodontic and perio plastic surgical treatments - you'll learn the barriers, complications and their solutions in attracting, convincing and performing cosmetic dentistry. 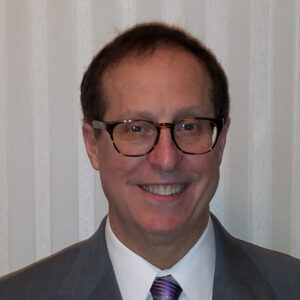 Dr. Feiler has been creating beautiful smiles for over 37 years, including those of celebrities from sports, film, television, and Broadway. As a graduate of Rutgers University as well as the Fairleigh Dickinson University School of Dental Medicine, where he later taught prosthodontics and oral diagnosis, he has written and continues to write on all aspects of dentistry. This has expanded into founding and directing the New Jersey Health Professionals Development Institute (NJHPDI), which offers a variety of health education courses for dental professionals.

Dr. Feiler was the first general dentist in New Jersey to become an Elite Provider of Invisalign .

Dr. Feiler became has been a member of the American Academy of Cosmetic Dentistry® (AACD) since 1988. He  obtained his AACD accreditation in 1991 and s one of less than 400 AACD accredited dentists worldwide.

Among Dr. Feiler’s other achievements are fellowships from the Academy of General Dentistry and the National Institute of Dental Research in Bethesda, Maryland.

"NJHPDI - I love this place! Each time I come here I feel comfortable and welcome. Dr. Feiler is a great dentist and wonderful speaker - very knowledgeable and easy going person who loves to help others."

"A comprehensive method to focus on cosmetic dentistry in your practice."

"Dr. Feiler is knowledgeable and personable. NJHPDI is a comfortable and professional place to learn."

"It was good, I think he presented realistic cases. Some aesthetic classes have you thinking 'I could never do that,' but he presented believable cases"

"Very good. Dr. Feiler is enthusiastic about his topic"

There are no reviews yet.